Google now enables you to transform your own photos into works of art using a new tool inside its Arts & Culture mobile app.

Art Transfer, as the new feature is called, is underpinned by an AI-powered algorithm that analyzes famous paintings to replicate the style in any photo you take. “Art Transfer doesn’t just blend the two things or simply overlay your image,” wrote Michelle Luo, a product manager for Google Arts & Culture, in a blog post. “Instead, it kicks off a unique algorithmic recreation of your photo inspired by the specific art style you have chosen.”

Google Arts & Culture is an online platform through which anyone can access digital versions of museums, galleries, and a wide array of famous artwork in partnership with numerous cultural institutions around the world. To access the new Art Transfer tool, launch the camera icon on the main homescreen, and then tap Art Transfer, which should be the first option. 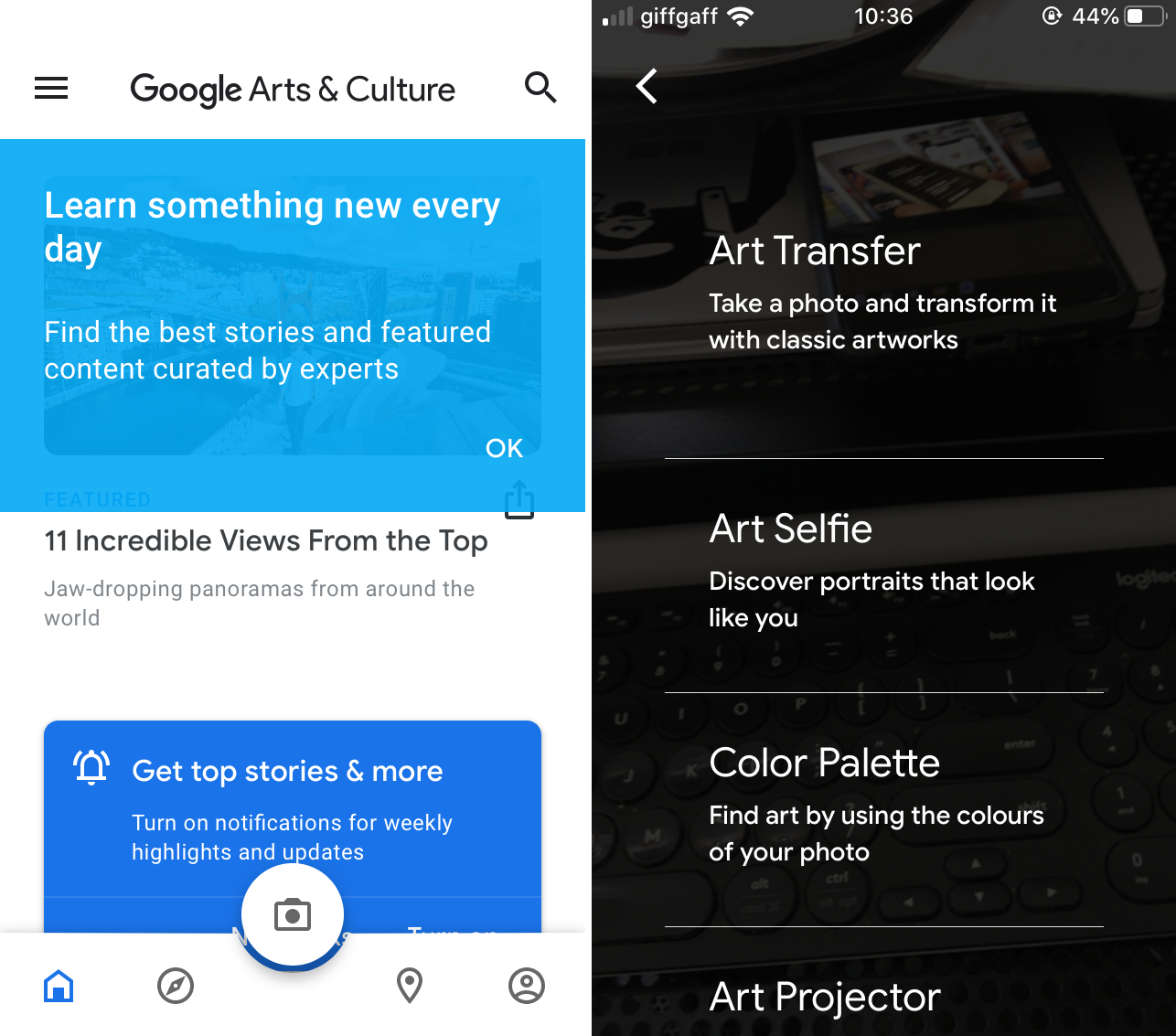 To test it out, you can choose an image from your camera roll or snap a new picture from the front- or rear-facing cameras. Then you choose from around two dozen artists’ styles, spanning household names such as Vincent Van Gogh, Edvard Munch, or Leonardo da Vinci.

As the app transforms your photo into something a little more arty, it serves up a little background information on the painting and artist whose style you’ve chosen. 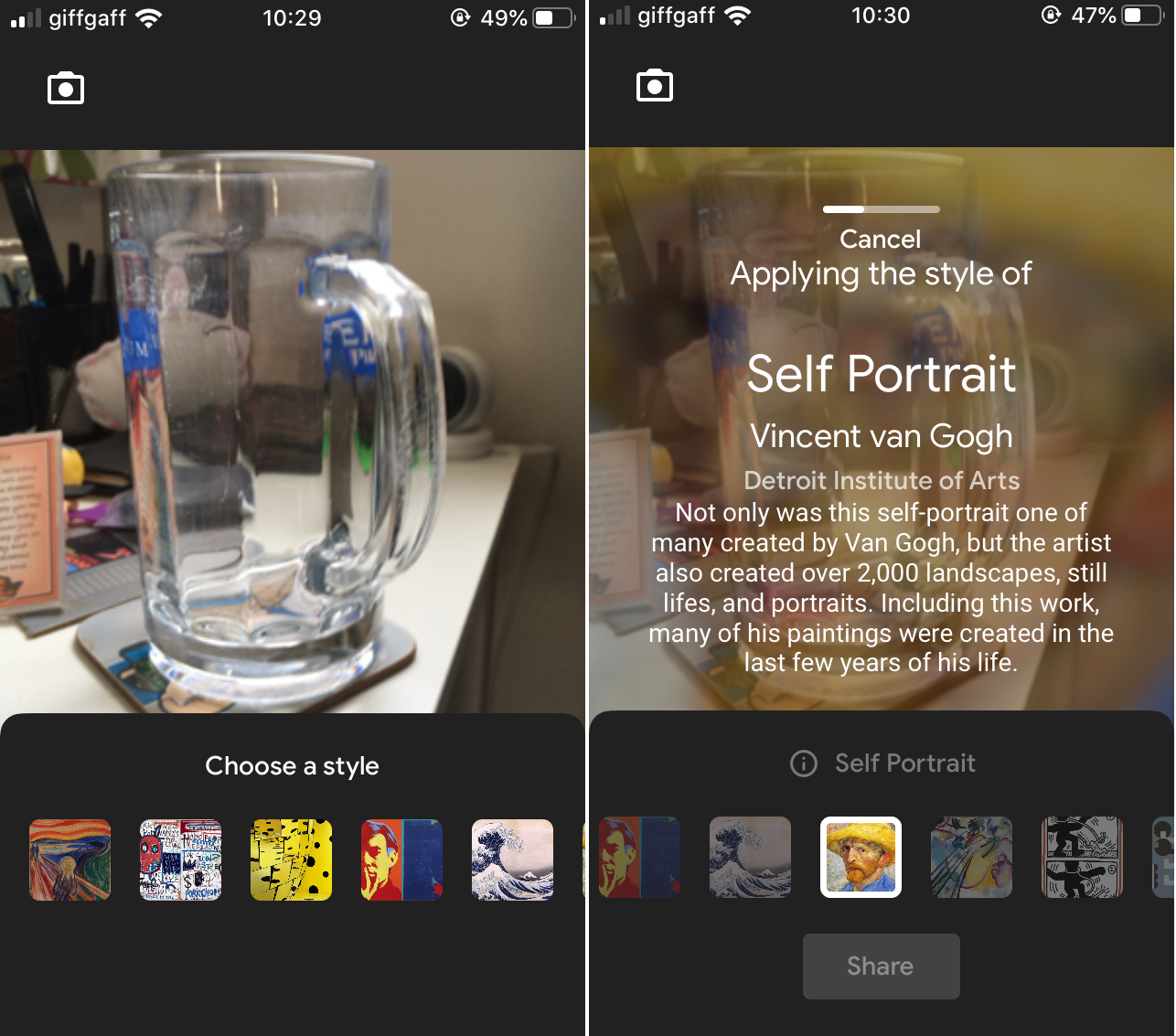 Above: Google Arts & Culture app: Turn a boring photo into something Van Gogh might have painted.

Finally, you can choose to save or share the creation as a still image or an animated GIF. 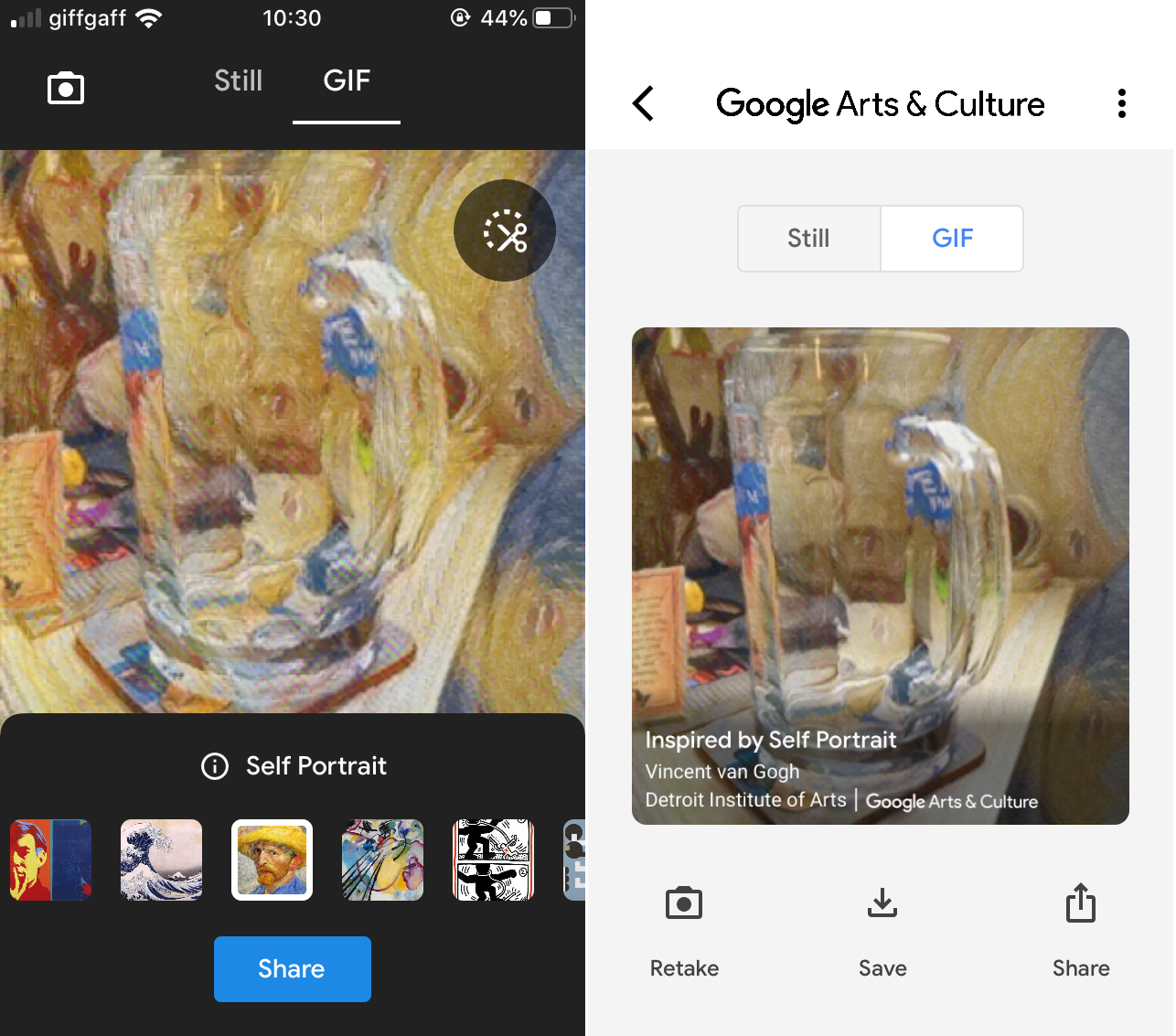 Above: Google Arts & Culture app: Your works of art can be saved or shared

The Google Art & Culture app already features some nifty computer vision-enabled tools, such as Art Selfie, which launched a couple of years back and allows you to take a photo of yourself and find your doppelgänger in famous paintings.

Google has launched a number of AI-powered art tools in the past. AutoDraw, for example, allows anyone to create a super quick drawing from little more than a scribble — it guesses what you’re trying to draw and lets you pick from a list of previously created pictures. Then there’s Quick, Draw! which tells you to draw something and then later tries to guess what it is — this is basically Google training machines to sketch like people.

The latest Art Transfer tool isn’t an entirely new concept, of course. Russia-based Prisma launched a similar app four years ago, taking the world by storm and topping app store charts globally. Germany-based DeepArt.io offers something similar. But baked into one of Google’s key educational mobile apps, this type of artistic wizardry will get a great deal more exposure — particularly at a time when most museums and galleries around the world have had to close due to the COVID-19 crisis.

Google is also quick to note that the new feature works entirely on-device, meaning that your photos aren’t transferred to Google’s servers for processing.

Art Transfer is available now in the Google Arts & Culture app for Android and iOS.