Jeopardy! messed up by taking a silly gaming meme at face value

This week, an episode of the long-running, Alex Trebek-hosted game show Jeopardy! featured a question about Tetris, and the incident now has me questioning every bit of trivia I’ve learned from the quiz show.

The question — or rather answer; this is Jeopardy!, after all — pondered what video game has puzzle pieces named Orange Ricky, Hero, and Smashboy.

Here’s the wording on that clue, as it appeared in a recent episode: 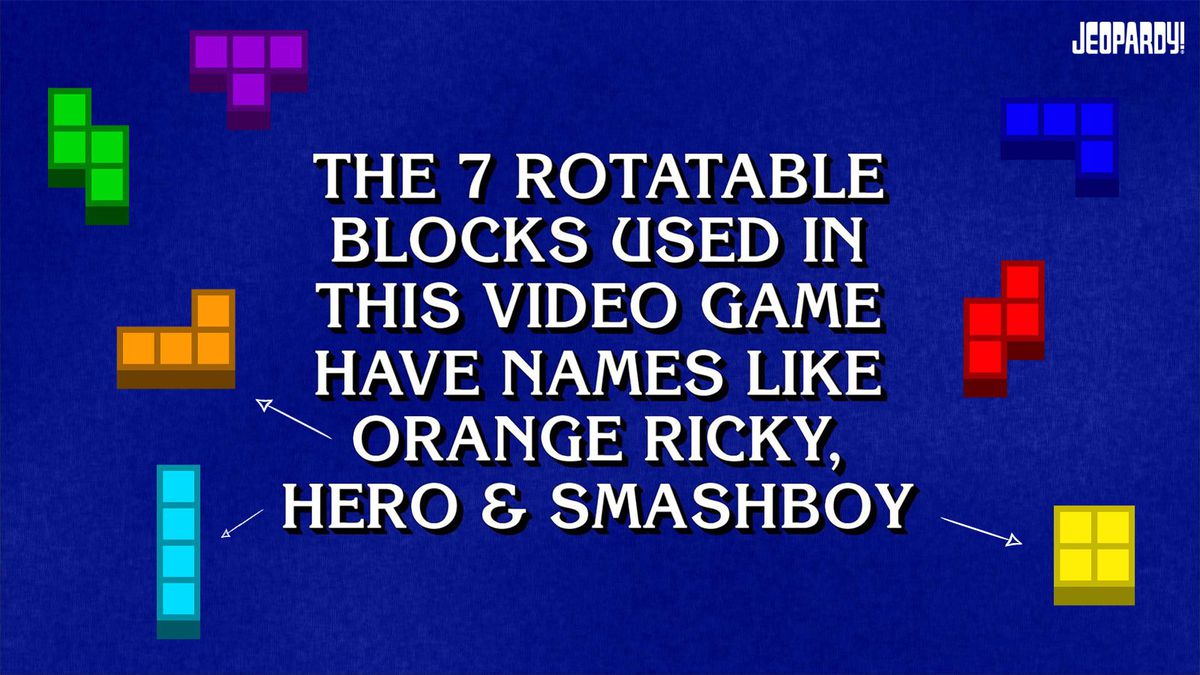 Jeopardy! contestant Jessica Garsed gave the correct response to that clue: “What is Tetris?” Only, that’s not correct at all. Officially, the names of Tetris tetrominoes are not Orange Ricky, Hero, and Smashboy, nor are they Blue Ricky, Teewee, Rhode Island Z, or Cleveland Z. All of those names apparently come from a viral image that circulated earlier this year, purported to be from the NES Tetris instruction manual.

In February, Twitter user “vecchitto” tweeted out the following goof:

That’s not part of the actual Tetris instruction booklet, but apparently someone at Jeopardy! took that image at face value (or their own goof embarrassingly made it to broadcast), resulting in this week’s bit of incorrect Tetris trivia.

Here’s a clip from this week’s episode:

We’ve reached out to the folks at Jeopardy! to see how this mixup might have happened and if the show plans to correct the error.