Population: One Preview: Battle Royale and VR Mashed Together

Battle royale games are fun. VR is fun. Adding VR to battle royale should ideally result in a game that’s even more fun than its non-VR counterpart. There have been several attempts to date, but so far none have found that point of synergy between battle royale gameplay and VR gameplay. Population: One, the latest attempt from BigBox VR, isn’t shaping up to be the first to break through.

Population: One is competently—if formulaically—built around the core battle royale principles. Six teams of three face off on a large map with a steadily enclosing zone which forces players into conflict until one team emerges as the winner. Loot is scattered about the map: you’ll find guns, health, shields, backpacks, grenades, etc. So, our battle royale checklist is all checked.

All that’s left is… the hard part of adapting all of the gameplay to really feel good in VR. Not unexpectedly, that’s where Population: One struggles.

Developer BigBox VR has aimed to streamline many of the weapon interactions. On its face, that’s a good idea, as it means leaving breathing room for players to not be overwhelmed with the additional overhead of battle royale gameplay. But the streamlining just isn’t as successful as it needs to be, and ultimately erodes much of satisfaction of controlling a VR game.

Interactions with weapons and items are just too awkward to support the smooth combat necessary to make a battle royale shine. The game uses the ‘object glued to your hand’ and ‘this 2D menu is your backpack’ approach to item and inventory management.

That means that equipping weapons is done by bringing up a floating menu and pointing to your desired menu with a laser pointer, which then bolts the gun to your hand.

When your weapon runs out of ammo the magazine can be found floating a few inches away from the receiver. To reload, you slide the floating magazine into the gun and then cock the gun with a charging lever. It’s a sensible approach to making reloading ‘dummy-proof’, but the execution is awkward in the way that your hand doesn’t directly attach to the gun which makes it difficult to tell if you’ve established the invisible attachment necessary to actually articulate its parts.

Want to throw your teammate some ammo? Pull up the 2D menu and click on the thumbnail to drop boxes of ammo onto the ground which your teammate then picks up by pointing at the boxes and pulling a trigger to siphon them into their inventory.

On the whole, the game’s interactions feel unsatisfying and in some cases half-baked. Rather than finding synergy with VR, it feels like Population: One is fighting against it.

Take the grenade, for instance. Instead of actually throwing a grenade with your hand, the game instead presents you with a visible trajectory to aim with, then you pull the trigger to have the game launch the grenade for you.

Now, I could see it being done this way because the developers found that it was difficult for players to accurately throw grenades. That’s a good observation, but the solution seems entirely awkward.

At a minimum, instead of ‘shooting’ a grenade with your hand, why not equip players with a grenade launcher? Or how about a more involved solution that considers the ‘role’ the grenade plays in a battle royale (usually forcing players out of cover) and come up with some other item (with satisfying VR mechanics) to fill that role? Beyond shooting and item management, the game outwardly presents itself as being built around three core pillars: climbing, building, and flying.

And while you can do all those things in the game, none of them seem to really mesh well with the overall shooting and looting gameplay. Climbing, for instance, requires you to put your gun away in order to do it, otherwise you’re stuck flinging yourself up a wall with one hand. This wouldn’t be so much of an issue if equipping and unequipping your weapon was interesting or fun.

‘Building’ is the Fortnite style of building where you can place square planes pretty much whenever you feel like, as long as they’re attached to something. But it doesn’t feel like building was added to the game because it added something uniquely fun to do in VR, but simply because Fortnite has building. Population: One’s issues seem compounded by its astoundingly banal aesthetics. The theme is like a pseudo-realistic Fortnite, with avatars wearing inexplicable fatigues like motorcycle helmets, puffy ski jackets, and goofy goggles. To restore health you eat a banana… how subversive.

What could have been a creative set of made-for-VR weapons—with interesting gameplay roles and interactions that are uniquely suitable for VR—are instead your bog-standard SMG, assault rifle, shotgun, and sniper rifle that you’ve seen in every other battle royale.

If there’s one thing that’s impressed me about Population: One, it’s that BigBox VR has gotten the fairly large map to run on Quest with decent draw distance (though unfortunately this doesn’t extend to the sniper rifle scopes which render distant objects with very low resolution). It’s great that the game will be able to run on Quest and PC VR headsets, hopefully giving it a shot at a stable player base. But I worry that the lack of synergy between battle royale and VR concepts means that retention will be low.

Population: One is set to launch this Fall on Oculus Quest, Oculus PC, and Steam. 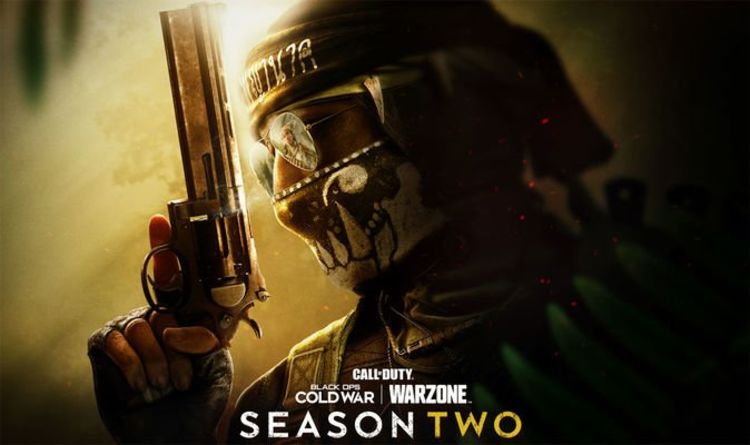